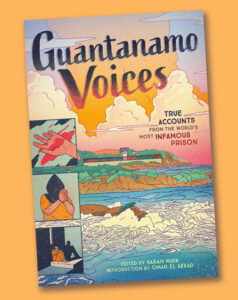 An anthology of illustrated narratives about the prison and the lives it changed forever.
Â
In January 2002, the United States sent a group of Muslim men they suspected of terrorism to a prison in GuantÃ¡namo Bay. They were the first of roughly 780 prisoners who would be held thereâ€”and 40 inmates still remain. Eighteen years later, very few of them have been ever charged with a crime.
InÂ GuantÃ¡namo Voices, journalist Sarah Mirk and her team of diverse, talented graphic novel artists tell the stories of ten people whose lives have been shaped and affected by the prison, including former prisoners, lawyers, social workers, and service members. This collection of illustrated interviews explores the history of GuantÃ¡namo and the world post-9/11, presenting this complicated partisan issue through a new lens. 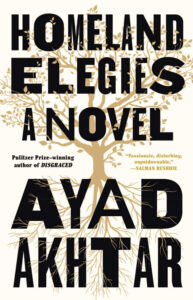 A deeply personal novel of identity and belonging in a nation coming apart at the seams, Homeland Elegies blends fact and fiction to tell an epic story of belonging and dispossession in the world that 9/11 made. Part family drama, part satire, part picaresque, at its heart it is the story of a father and son, and the country they call home.
Ranging from the heartland towns of America to palatial suites in Europe to guerrilla lookouts in the mountains of Afghanistan, Akhtar forges a narrative voice that is original as it is exuberantly entertaining. This is a world in which debt has ruined countless lives and the gods of finance rule, where immigrants live in fear and the unhealed wounds of 9/11 continue to wreak havoc. HOMELAND ELEGIES is a novel written in love and anger, which spares no one, least of all the author himself. 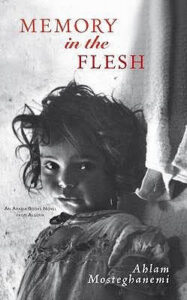 MEMORY IN THE FLESH
Ahlam Mosteghanemi

This prize-winning novel, the first to be written by an Algerian woman in Arabic, is set against Algeria’s struggle against foreign domination as well as its post-independence struggle with itself and the fate of revolutionary ideals in a post-revolutionary society. The story, spanning more than four decades of Algerian history, from the 1940s to the 1980s, revolves around a love affair between Khaled, the middle-aged militant who turns to painting after losing his left arm in the struggle, and Hayat, the fiction writer and young daughter of his friend the freedom fighter Si Taher, all brilliantly told through Khaled’s voice. It was features such as this convincing embodiment of a male voice alongside narrative techniques in which the author subtly joins the achievements of world literature with that of local storytelling and traditional modes of narration that particularly impressed the judges who awarded this novel the Naguib Mahfouz Medal for Literature. 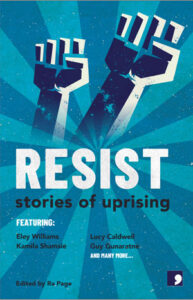 In this new collection of fictions and essays, spanning two millennia of British protest, authors, historians and activists re-imagine twenty acts of defiance: campaigns to change unjust laws, protests against unlawful acts, uprisings successful and unsuccessful â€“ from Boudica to Blair Peach, from the Battle of Cable Street to the tragedy of Grenfell Tower. Britain might not be famous for its revolutionary spirit, but its people know when to draw the line, and say very clearly, â€˜Â¡No pasarÃ¡n!â€™ 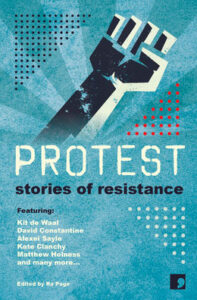 For a nation that brought the world Chartism, the Suffragettes, the Tolpuddle Martyrs, and so many other grassroots social movements, Britain rarely celebrates its long, great tradition of people power. In this timely and evocative collection, twenty authors have assembled to re-imagine key moments of British protest, from the Peasantsâ€™ Revolt of 1381 to the anti-Iraq War demo of 2003. Written in close consultation with historians, sociologists and eyewitnesses â€“ who also contribute afterwords â€“ these stories follow fictional characters caught up in real-life struggles, offering a street-level perspective on the noble art of resistance. In the age of fake news and post-truth politics this book fights fiction with (well researched, historically accurate) fiction. 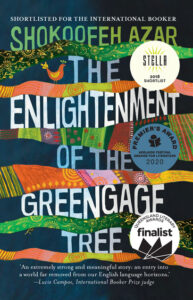 THE ENLIGHTENMENT OF THE GREENGAGE TREE
Shokoofeh Azar

Set in Iran in the decade following the 1979 Islamic Revolution, this moving, richly imagined novel is narrated by the ghost of Bahar, a thirteen-year-old girl, whose family is compelled to flee their home in Tehran for a new life in a small village, hoping in this way to preserve both their intellectual freedom and their lives. But they soon find themselves caught up in the post-revolutionary chaos that sweeps across their ancient land and its people. Baharâ€™s mother, after a tragic loss, will embark on a long, eventful journey in search of meaning.
The Enlightenment of the Greengage TreeÂ speaks of the power of imagination when confronted with cruelty, and of our human need to make sense of trauma through the ritual of storytelling itself. Through her unforgettable characters, Azar weaves a timely and timeless story that juxtaposes the beauty of an ancient, vibrant culture with the brutality of an oppressive political regime. 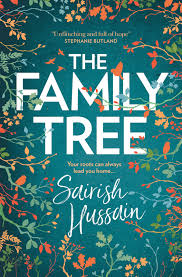 Your roots can always lead you home…
Amjad cradles his baby daughter in the middle of the night. He has no time to mourn his wifeâ€™s death. Saahil and Zahra, his two small children, are relying on him. Amjad vows to love and protect them always.
Years later, Saahil and his best friend, Ehsan, have finished university and are celebrating with friends. But when the night turns dangerous, its devastating effects will ripple through the years to come.
Zahraâ€™s world is alight with politics and activism. But she is now her fatherâ€™s only source of comfort, and worries sheâ€™ll never have time for her own aspirations. Life has taken her small family in different directions â€“ will they ever find their way back to each other?
The Family Tree is the moving story of a British Muslim family full of love, laughter and resilience as well as all the faults, mistakes and stubborn loyalties which make us human. 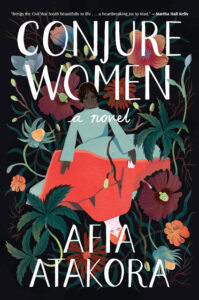 Conjure WomenÂ is a sweeping story that brings the world of the South before and after the Civil War vividly to life. Spanning eras and generations, it tells of the lives of three unforgettable women: Miss May Belle, a wise healing woman; her precocious and observant daughter Rue, who is reluctant to follow in her motherâ€™s footsteps as a midwife; and their masterâ€™s daughter Varina. The secrets and bonds among these women and their community come to a head at the beginning of a war and at the birth of an accursed child, who sets the townspeople alight with fear and a spreading superstition that threatens their newly won, tenuous freedom.
Â
Magnificently written, brilliantly researched, richly imagined,Â Conjure WomenÂ moves back and forth in time to tell the haunting story of Rue, Varina, and May Belle, their passions and friendships, and the lengths they will go to save themselves and those they love.

(This bookshelf was curated in the October 2020 print issue of Mountain Ink.)