Faryaal Darakshan Banday is a graduate in English (Hons.) from…

Although they never fought on the frontlines, the forgotten women militia remains a standalone event in Kashmir history in which women took to streets and equipped themselves with arms, and trained themselves thereof.

Seventy-three years ago, the tribesmen of North-Western Frontier of Pakistan marched into Kashmir, steadily journeying eastwards in the interest of ‚Äúfreeing Kashmir‚Äù of the atrocity ridden Dogra rule, as well as, to merge it with Pakistan.

Following this, the history has it, Maharaja Hari Singh, immediately, signed the instrument of accession with India, permitting their army to intervene in the matter, the subsequent war, when it ended, marked the division of the State of Jammu and Kashmir into two parts, one with each country.

In the absence of any real retaliation, passing through empty villages that people had deserted in panic, when the tribesmen were journeying eastwards towards Srinagar ‚Äìthe men and women of the city rose to the occasion and took it upon themselves to defend their localities and themselves, the national militia and women‚Äôs self defense corps formed in Srinagar: men and women, oftentimes husband and wife, or, brother and sister, enlisted in the men and women wings of the militia simultaneously. 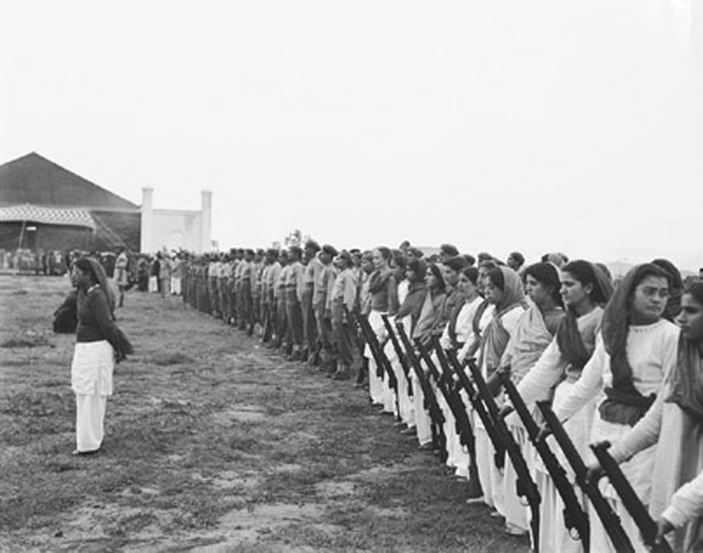 On the initiation of Operation Gulmarg by Pakistan, the Maharaja fled to Jammu without any explanation, leaving the administration in shambles. The common people felt very vulnerable, especially the Pandit and Sikh minorities, who suspected that the army would target them on the basis of religion.

Sheikh Abdullah, collaborated on this narrative of fear, and urged the civil society to learn to arm and defend themselves.

At the behest of the attack, Sheikh Abdullah, a popular leader of the time, started recruiting volunteers called Abdullah guards or the National militia to defend the city and counter the ‚Äúill-suited‚Äù tribesmen, the slightly exaggerated versions of whose prowess and competence had been travelling to Srinagar, the buzz thickened after they passed Baramulla, people started preparing for the event of Siege of Srinagar.

The political activists and intellectuals of the time came together, as did the common people to put up a solid brocade of resistance against the ‚Äúforeign invasion‚Äù. The women undertook the task of both rehabilitating the fleeing and dispossessed villagers, as well as organizing the militia.

Mahmooda speaking with Andrew Whitehead, a BBC correspondent and author of A Mission in Kashmir, in 2007, recalled the movement as being very sudden. She said, the women rose to the occasion in keeping with the mood of the times, it was a spontaneous upsurge of women who demanded that their leaders give them arms and training, so they could stand up for themselves; everybody felt like they were a part of the collective. 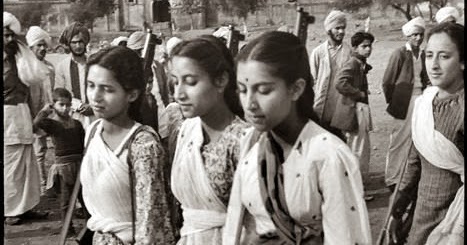 National Conference had been popular among progressives for quite some time: the upper class, educated women of the time were greatly swayed by Abdullah and found a beacon of hope in their leadership. His leadership represented, they believed, rights of all Kashmiris but also specifically women rights.

The memorandum, Naya Kashmir (drafted by BPL Bedi and Freda Bedi), given out by National Conference to Maharaja Hari Singh in 1944, outlined the necessity to convert the Dogra monarchy in Kashmir, into constitutional democracy; the document was very progressive in nature with respect to women rights ‚Äì among other things, it included Universal suffrage for women above the age of 18, the right to be elected as a member in all institutions, and the right to have all matters concerning women that are decided by elected organs of the state to be adopted after due consultation with the representatives of women; it asserted a woman‚Äôs right to employment in all departments of the state, their right to be paid equal wages as men for similar work in any field, and the right of a woman to paid maternity leave six months prior to and six months after childbirth.

Due to measures like this, and a constant engagement on the subject of women‚Äôs issues, the Kashmiri women, often, came out in public support of Abdullah and National Conference.

In 1946, many women got involved in Quit Kashmir Movement ‚Äì they took part in activism and cultural events in service of the idea of an independent and secular Jammu and Kashmir.

Begum Akbar Jehan was at the forefront of the Quit Kashmir Movement. The women would sloganeer alongside men during the movement, shouting ‚ÄòKashmiriyo utho ye jang hai apne aap ki‚Äô. 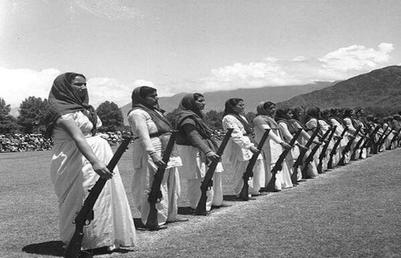 Sajjida Zameer, director of education Jammu and Kashmir, and an active volunteer in 1947, remembers, when the rest of India was shouting ‚ÄòQuit India‚Äô, ‚Äúwe were shouting Quit Kashmir‚Äù.

She remembers Sheikh Abdullah as a capable leader who had a clear vision for a socialist, democratic Jammu and Kashmir, under the leadership of National Conference. She says, when the select people with Royal patronage grew richer, the majority of the population lived the lives of poor peasants in desolate, ever-growing poverty, with little earnings and steep taxes.

For many, including her, at the time, Sheikh Abdullah seemed like an enigmatic solution to the problem of the various oppressions inflicted on the people by the Dogra King.

The women, who joined the Women‚Äôs Self Defence Corps (WSDC), were intimately involved in building a community spirit. They were given military training at a place called Gol Bagh, later renamed as Usman Zanana Park after Brigadier Usman. The women were taught exercise, parade and arms training. They were taught target shooting with 303 rifles, sten gun, bren gun and pistols, they were also taught to throw grenades in the outskirts of the city, at Chandmari.

One of the volunteers, Krishna Mishri, a noted educationalist, later recalled that, during training, when their instructor fired the first shot, most of them were frightened, but it did not take long to develop a competitive spirit and find a comfort level within the group, as well as with the firearms.

Mishri remembered many things from the training like learning to take the correct position, learning to hold the butt of the gun close to the right shoulder, learning about the surprising impact of rebound and learning how to control it. 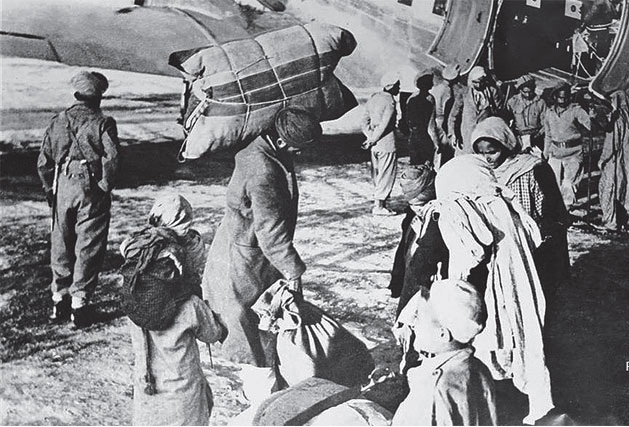 The young women were excited to test their marksmanship. Many of them actively participated in several firing competitions to become better marksmen. Sometimes, a perfect shot would entitle a volunteer to three packets of salt; a rare commodity in Srinagar in 1947, because Pakistan had suspended the supply of food items and other essential commodities to Kashmir, which they were required to do under the Stand-Still agreement; to Kashmiris, who like their tea with a pinch of salt every morning, this was a precious prize.

Often illiterate, these women, helped in maintaining the fervour of the time, and mobilizing people. Initially, it was just the college-going girls who joined WSDC, however, after these women started going to mohallas and speaking to people in public gatherings in Kashmiri, others joined.

They spoke to a largely uneducated public, and inspired them to be active participants in the fate of their society. Zoon Gujjari of Nawakadal, and Jana Begum of Amirakadal were two such women.

Zoon Gujjari, soon came to be called Zoon Mujahid for her spirit and fearlessness. Her image, wearing traditional Kashmiri clothes with a gun slung over her shoulder has become synonymous with the idea of the women‚Äôs militia in people‚Äôs imagination. The National Conference used her likeness on the cover of their manifesto in 1944, as well as the pamphlet announcing the merger of Kashmir with India. A popular slogan of the time was ‚ÄòHamlavaro khabardaar, hum Kashmiri hai tayaar‚Äô. All the slogans were in Urdu rather than Kashmiri, directly directed at the ‚Äúinvaders‚Äù, in a language they would understand. 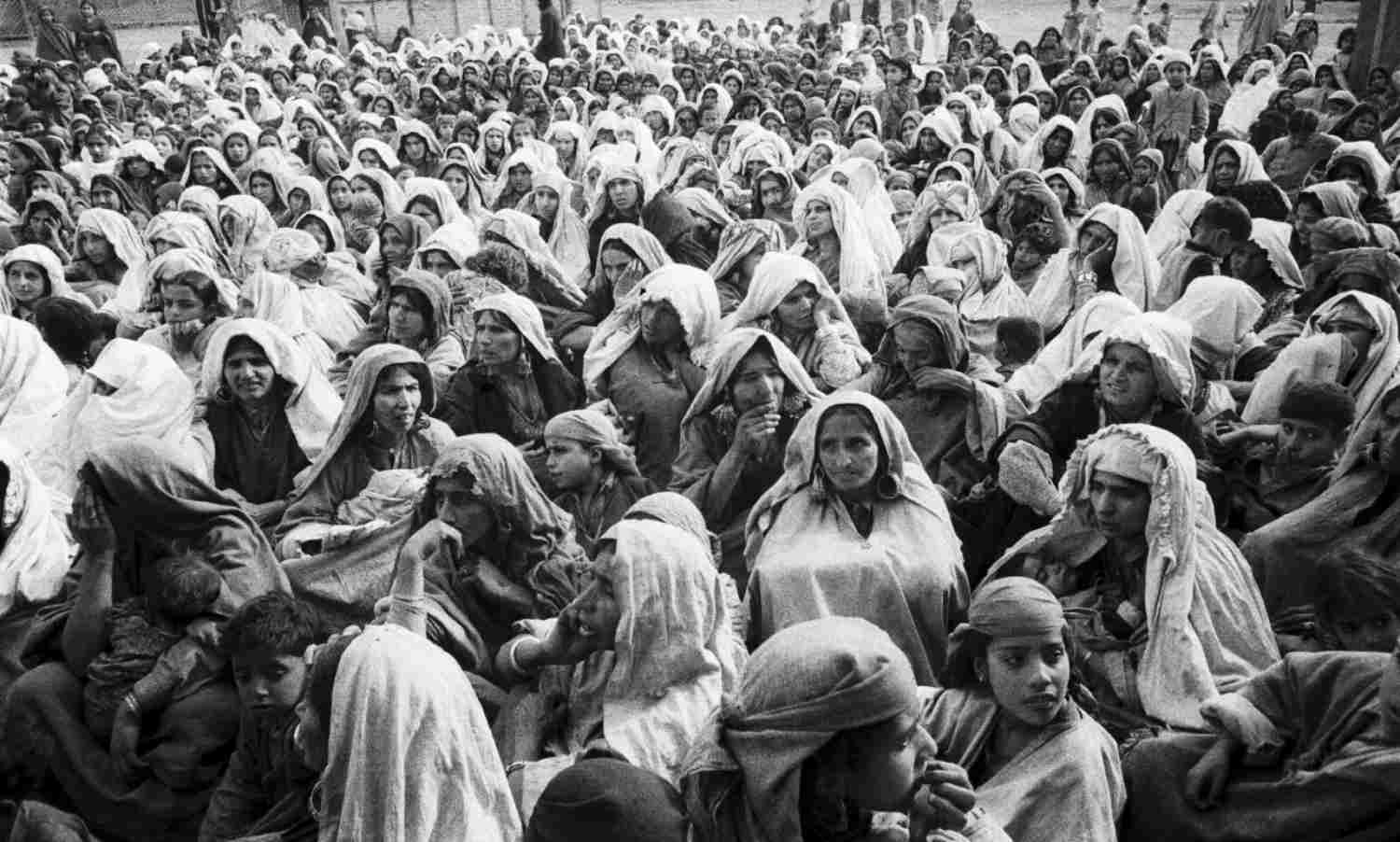 The volunteers of WSDC also developed a cultural front, in which they participated actively. A public display of their nationalism and unity was presented in the performance of plays and songs.

Sajjida Zameer played protagonist named Usha Kashyappa in a play called ‚ÄòKashmir yeh hai‚Äô, written by Mahmud Hashmi. The play re-iterated the idea of Kashmir as a secular, peaceful place, with all different communities loving and respecting each other.

Some of the other plays staged at the time were ‚ÄúShaheed Sherwani‚Äù written by Prem Nath Sundare ‚Äì that ‚ÄúMaqbool Sherwani upheld the secular spirit of people in the face of invasion‚Äù, moved many Kashmiri people. Radio Kashmir played many programmes uplifting the spirit of Kashmiris, Zoon Dab was notably popular among people.

The plays and programmes were a testimony to the syncretic culture of the valley, the volunteers wanted to stress on the fact that Kashmiri people were secular and wanted to live harmoniously with each other. Even though, the relative calm of the inhabitants in the Kashmir Valley was not emulated elsewhere in the State – there were tensions in Poonch starting with the revolt against heavy taxation by the Maharaja in April 1947, around August the matter turned communal, with the Muslim majority antagonized by the heavily oppressive clampdown meted out to them, showered violence on the Hindu minorty living in their community.

In the October-November of the same year, over 2 lakh Muslims were massacred in Jammu, and many more forced to go to West Punjab by groups of extremist Hindus and Sikhs.

It was an incredible time in the history of Kashmir, for the first and only time, a leader was able to gain such mass appeal. Sheikh Abdullah stressed on the fact that the accession to India was a step in the right direction, that Kashmiris had chosen their sovereignty and by joining India, had displayed their secular spirit.

In the subsequent decades, the popularity of Sheikh Abdullah greatly waned, the decisions in and around 1947 did not age well – at the time, India had heralded itself as a democratic, secular country, going great lengths to prove that they were different from the non-secular, unscientific tribesmen and their beneficiaries, but right from the fifties they have had no qualms in trespassing the rights of Kashmiris, by being undemocratic and non-secular at will, when required. 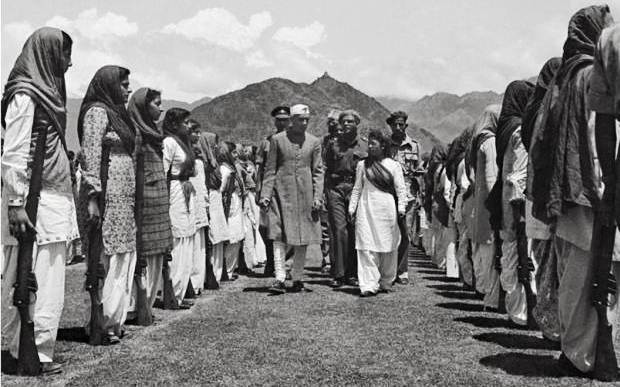 Pandit Nehru, popular among the many volunteers of National Militia, quickly went back of his promise of granting plebiscite, as well as, removing the army once the war with Pakistan was over.

In 1948, when Abdullah was sworn in as the first Prime Minister of Kashmir, some of the volunteers sang the anthem of Kashmir, mistakenly thinking that the event marked an end to all their trouble.

Five years later, Nehru would jail Abdullah, in order to strengthen Kashmir‚Äôs union with India through means fair or unfair.

Amid all this, this women‚Äôs militia remains a standalone event in which women took to streets and equipped themselves with arms, and trained themselves thereof. Although they never fought on the front lines, they visited hospitals, tended the wounded and kept the spirit of Kashmiri nationalism and secularism alive.

The programme lasted for roughly a year, but the women who participated took the feeling of empowerment and camaraderie with them, wherever they went.

Faryaal Darakshan Banday is a graduate in English (Hons.) from Lady Shri Ram College, Delhi University. She is currently interning with the Mountain Ink.