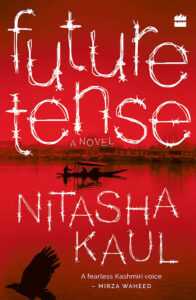 The son of a former militant, Fayaz is an aimless bureaucrat whose marriage to his wife Zeenat has broken down. His nephew Imran is a young student, a misfit in Srinagar, hoping to join a new kind of spectacular resistance. Shireen, the granddaughter of a spy, discovers how her painful and divisive family story is deeply intertwined with the history of Kashmir. The paths of these characters intersect and diverge in Nitasha Kaul’s tour de force novel Future Tense, which traces the competing trajectories of modernity and tradition, freedom and suffocation, and the possibility of bridging the stories of different kinds of Kashmiris. 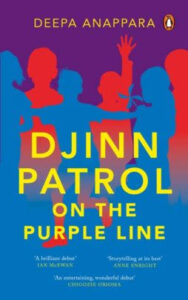 Nine-year-old Jai watches too many reality cop shows, thinks he’s smarter than his friend Pari (even though she always gets top marks) and considers himself to be a better boss than Faiz (even though Faiz is the one with a job).

When a boy at school goes missing, Jai decides to use the crime-solving skills he has picked up from episodes of Police Patrol to find him. With Pari and Faiz by his side, Jai ventures into some of the most dangerous parts of the sprawling Indian city; the bazaar at night, and even the railway station at the end of the Purple Line. But kids continue to vanish, and the trio must confront terrified parents, an indifferent police force and soul-snatching djinns in order to uncover the truth. 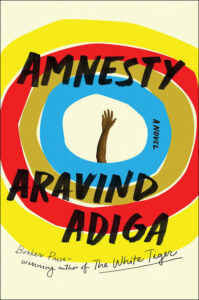 Danny – Dhananjaya Rajaratnam – is an illegal immigrant in Sydney, denied refugee status after he has fled from his native Sri Lanka. Working as a cleaner, living out of a grocery storeroom, for three years he’s been trying to create a new identity for himself. And now, with his beloved vegan girlfriend, Sonja, with his hidden accent and highlights in his hair, he is as close as he has ever come to living a normal Australian life.

But then one morning, Danny learns a female client of his has been murdered. When Danny recognizes a jacket left at the murder scene, he believes it belongs to another of his clients – a doctor with whom he knows the woman was having an affair. Suddenly Danny is confronted with a choice: come forward with his knowledge about the crime and risk being deported, or say nothing, and let justice go undone? Over the course of a single day, evaluating the weight of his past, his dreams for the future, and the unpredictable, often absurd reality of living invisibly and undocumented, he must wrestle with his conscience and decide if a person without rights still has responsibilities.

Propulsive, insightful, and full of Aravind Adiga’s signature wit and magic, Amnesty is both a timeless moral struggle and a universal story with particular urgency today. 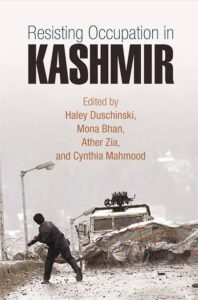 The last decade has been a transformative period in Kashmir, the hotly contested and densely militarized border territory located high in the Himalayan mountains between India and Pakistan. Suppressed and unheard, Kashmiri political aspirations were subordinated to larger geopolitical concerns—by opposing governments laying claim to Kashmir, by security experts promoting bilateral peace settlements in the region, and by academic researchers studying the conflict. But since 2008, Kashmiris who grew up in the midst of armed insurgency and counterinsurgency warfare have been deploying new strategies for challenging India’s state and military apparatus and projecting their legal and political claims for freedom from Indian rule to global audiences. Resisting Occupation in Kashmir analyzes the social and legal logic of India’s occupation of Kashmir in relation to colonialism, militarization, power, democracy, and sovereignty. It also traces how Kashmiri youth are drawing on the region’s long history of armed rebellion against Indian domination to reimagine the freedom struggle in the twenty-first century.

Resisting Occupation in Kashmir presents new ways of thinking and writing about Kashmir that cross conventional boundaries and point toward alternative ways of conceptualizing the past, present, and future of the region. The volume brings together junior and senior scholars from various disciplinary backgrounds who have conducted extensive fieldwork during the past decade in various regions of Kashmir. The contributors, many of whom were born and raised during the peak of the conflict in the 1990s, offer ethnographically grounded perspectives on contemporary social, legal, and political life in ways that demonstrate the multiplicity of experiences of Kashmiri communities. The essays highlight the ways in which this scholarly orientation—built through collaboration and dialogue across different kinds of borders—offers a new critical approach to Kashmir studies at this transformative and generative moment. 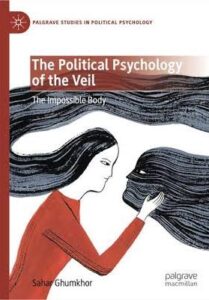 Veiled women in the West appear menacing. Their visible invisibility is a cause of obsession. What is beneath the veil more than a woman? This book investigates the preoccupation with the veiled body through the imaging and imagining of Muslim women. It examines the relationship between the body and knowledge through the politics of freedom as grounded in a ‘natural’ body, in the index of flesh. The impulse to unveil is more than a desire to free the Muslim woman. What lies at the heart of the fantasy of saving the Muslim woman is the West’s desire to save itself. The preoccupation with the veiled woman is a defense that preserves neither the object of orientalism nor the difference embodied in women’s bodies, but inversely, insists on the corporeal boundaries of the West’s mode of knowing and truth-making. The book contends that the imagination of unveiling restores the West’s sense of its own power and enables it to intrude where it is ‘other’ – thus making it the centre and the agent by promising universal freedom, all the while stifling the question of what freedom is. 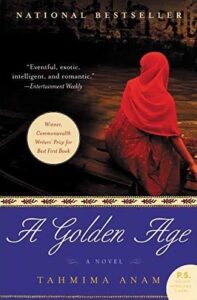 Spring, 1971, East Pakistan. Rehana Haque is throwing a party for her beloved children, Sohail and Maya. Her young family is growing up fast, and Rehana wants to remember this day forever. But out on the hot city streets, something violent is brewing. As the civil war develops, a war which will eventually see the birth of Bangladesh, Rehana struggles to keep her children safe and finds herself facing a heartbreaking dilemma. 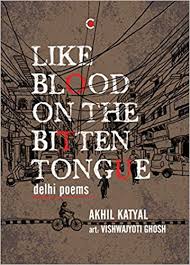 Like Blood on the Bitten Tongue is a collection of poems in which beats an old city’s heart, visceral and noetic, brash and gentle, unyielding and evolving, all at the same time. Akhil Katyal combines the Urdu and Hindi traditions of poetry writing with English forms and sensibilities. His bittersweet poems are shot through with empathy. In an increasingly cynical world, Katyal’s is a stirring and sincere voice. 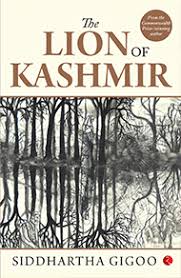 Commandant Abdul Aziz, Special Forces, Kashmir is a legendary police officer in the valley, albeit not always for good reasons. And then one day he disappears. His daughter, Zooni, a human rights activist has to return home for her missing father. Bizarre events unfold in the ensuing night at a safe house where she’s forced to stay and where she comes face-to-face with the most disturbing truth of her life, and of the lives of her father and half-brother. Through the eyes of the daughter are seen the dilemma and the moral crisis of a legendary police officer torn between his past and present, duty and desertion, loyalty and treachery, and right and wrong. Award-winning author Siddhartha Gigoo’s The Lion of Kashmir is not just a story of a father and daughter’s intrepid struggles in Kashmir, but also the story of present-day Kashmir itself.

(This bookshelf was curated in the September 2020 print issue of Mountain Ink.)