The advertisement of the Dollar Thermals portrayed a Kashmiri local stealing from a visitor. 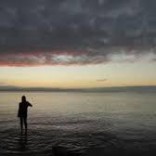 2020: Another Year of Plague in Kashmir

The Dollar Thermals advertisement is not the first, neither the most disturbing. A lot of movies have been made which make masses in India believe that Kashmiris are some wild people.

The cringe unfolded like this: It was nine in the evening, everyone had gathered in the living room to watch a TV serial. But soon, a new advertisement appeared.

Initially, everyone was glad to see Kashmir on screen. The hazy sun. Barren trees. The beauty of winters through the lens of a professional filmmaker. Yet, the glee was short-lived.

The advertisement depicted a guy stealing clothes off a tourist. A local stealing from a visitor! Really?

Next day, Kashmiri twitterati created a hue and a cry about the distorted portrayal of the valley in Indian media and how it is degrading in nature.

But even then, the advertisement is running on national TV, right at prime time, not to talk about social media and many other platforms.

This is not a standalone incident when it comes to the propagandist portrayal of Kashmir. Since defiant nineties, the image of Kashmir and its people has been portrayed as far from the truth as possible.

For a lot of Indians, Kashmir brings the image of a battlefield in mind. Blasts. Gun fights. And the like. All Kashmiris are seen as people bearing guns and killing any and everyone within their bullet‚Äôs range. Anti-nationalists.

This portrayal of Kashmir has sunk so deep in the minds of the Indian population that they do not even question it and are amazed at reality.

A lot of people who visit Kashmir are quite pleasantly surprised to find peace and calm in the valley, contrary to the popular image of gunfights and blast noises they were expecting to hear as soon as their plane touched down as well.

If these questions had been genuine and asked with an open mind, they would have been more than welcome. Things on the ground are different though. They ask only to demean and argue that the Indian army is in Kashmir to protect Kashmiris, disregarding the military offensives.

These questions, from a national chauvinist, only create fiction between people and nothing else. A person interested in reality would not wait till he meets a Kashmiri in person, he would research.

These sudden discoveries about the atrocities on local populace come to them as a shock and hence, the immediate denial as a natural and quick response.

During my student days in Delhi, a friend‚Äôs younger brother used to call me ‚ÄúTerrorist Didi‚Äù because I was a Kashmiri in an Indian university.

And therefore, the distorted advertisement of Dollar Thermals is not the first, and neither the most disturbing. A lot of movies have been made which make people believe that we all here are wild. They reckon that all Kashmiris are gun-laden people, ready to shoot.

Somehow movie Haider tried to set the records straight by showing the troubles one go through while living with a Kashmiri identity. The trauma and turmoil.

Yet again, Indian viewers termed the movie as fiction, which it technically is, and simply undermined the role of the state and its agents in ruining the lives and loved ones of Kashmiris.

The gullible masses think the existence of places like Papa-2 is imaginary. All they see is Kashmiris having guns and grenades without trying to understand the method behind the madness.

Another movie that caused ripples in the society was ‚ÄúShikara‚Äù, released this year only. It depicts the migration of Kashmiri Pandits from the valley and paints Muslims with the colours of treachery and anti-nationalism.

Kashmiri Muslims are shown as people who do not care about their own brethren and want them dead, just because they belong to a different faith.

Nobody tells them how Pandits and Muslims used to be neighbours. Living together in harmony and peace. Some even claim that this talk of peace and calm between the two religious groups is made up and they were always at each other‚Äôs throat.

A lot of people never reach the point where they get to know the role of the then governor Jagmohan, or about the bloodlettings by government gunmen.

Amongst all of this, Kashmir has the lowest crime rate especially when it comes to tourists. Even in everyday life, crime rates are lower than a huge majority of Indian states.

Yet, people have a perception that Kashmir is unsafe to travel to. Or the people with Kashmiri identity are out there to kill people and cause havoc. They are condemned as born Jihadis.

Many times Kashmiris living outside the valley are looked at with suspicion and are made through elaborate tasks to prove their loyalty and non-involvement with any militant association. Interrogated whenever a crime happens and many times falsely accused and lodged in jails for years on end.

In reality, Kashmir has the lowest crime rate against women and is considered a safe haven for female travellers, or even solo travellers. Anyone with the first-hand experience will explain how the locals go over and beyond the call of duty to make visitors comfortable.

Locals are known to provide accommodation along with food, free of cost, whenever someone has been stranded here due to some untoward incident. Nobody ever had to face the experience of being stranded on road, with no money and nowhere to go. Someone or the other would help him out till he is able to reach back home.

There is, however, another thing to notice.

Recently, Tanishq had posted an advertisement too and because of showcasing an inter-religious marriage, faced a lot of backlashes. The ad was immediately pulled down.

When the same campaign was launched against the distorted Dollar thermals advertisement, it was brushed aside.

The ad is still getting screen time and traction. Doing the damage they intend to. Denting the image of a common Kashmiri to the best of their abilities.

(This Perspective appeared in the December 2020 print issue of the Mountain Ink.) 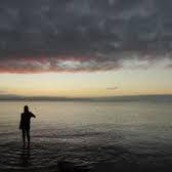 I accept use of cookies
PRESS ESC TO CLOSE
bayan √ßanta