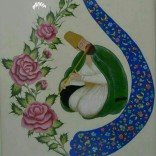 The author is a Srinagar based Columnist, R&D Engineer, and…

On Knowing Who One Is

Sri Aurobindo, in his seminal essay The Future of Poetry, observes that “Truth of poetry is not truth of philosophy or truth of science or truth of religion only because it is another way of self-expression of infinite Truth so distinct that it appears to give quite another face of things and reveal quite another side of experience”. This quote must refer again and again while dealing with Gulzar’s poetic corpus. For that matter, it shall serve as a realization for any reader who ventures to read Gulzar on his own.

Gulzar’s poetry is undoubtedly a revelation of that Truth, but the poetic truth and this fact couldn’t lose sight while one intends to study him. One must also bear in mind T. S Eliot’s observation that he made in his essay Tradition and the Individual Talent that “No poet, no artist of any art, has his meaning alone. His significance, his appreciation is the appreciation of his relation to the dead poets and artists”. If on one hand, Aurobindo is worth noting vis a vis truth that Gulzar’s poetry claims, on the other hand, Eliot is equally important to understand the stress and strain of tradition versus modernity in his poetry, wherein he stands like an unbreakable connecting link.

Born in one of the oldest towns of Punjab, Dina, of which he says:
“From Kalowal I emerged behind Mangla
To the city of Dina, Near Kurlan. I was born there.”

At the age of thirteen, like others, he too was made to cross the line of fire and blood drawn at the partition of 1947.  It is this crossing of the line, leaving behind the tattered childhood memories, undergoing an unprecedented existential spasm, which serves as a theme and shaped most of his poetic canvas. It has made him fight the ‘demons of nostalgia’ and this obsession with nostalgia reverberates in his entire poetic universe.

His poem Eyes Don’t need a Visa reminds us of the same nostalgia. He writes:
Eyes don’t need a visa
Dreams don’t have a border
Eyes closed, I cross the border every day to meet Mehdi Hassan
I have heard that his voice is injured
And the ghazal sits in front of him, mute
Her lips tremble
When he says
‘The flowers have dried on the pages of books
My friend Faraz too is gone, will meet him in my dreams perhaps’
Eyes closed, I often cross the border
Eyes don’t need a visa
Dreams have no borders.

One of his translators, Rakhshanda Jalil, pertinently observes that “Gulzar witnessed the horrors of partition first hand and it is a theme that he has gone back to again and again in his writings”. In one of his poems, Bhameri, he thus restates his deepest attachment to the past:
We were all running
We were refugees
Mother had worn all the jewellery she possessed
My choti, six years of age,
Had been fed fully and given milk I had my Rustic toy
Tucked up in my pajamas
We were fleeing from our village in the night
We were refuges
We had crossed a shrieking jungle of fire and smoke,
Running through burning vistas
Our hands tore through intestines of a storm
Its jaw opens wide, its eyes barking
Mother had vomited blood as she ran
God knows when chotis hand slipped from mine
There, that day, I discarded my childhood
But in the hush of the deserts at the border,
I have often seen
A bhameri (Rustic toy) still dancing
And a top still spinning.

Gulzar’s poetry spans over the entire oeuvre of time. In his Ghazals, he sounds classical and a vanguard of traditional Ghazal. He is truly deemed as the ambassador of classical ghazal in modern terminology. They carry elements of romanticism, rhyme and rhythm, which is the main characteristic of a classical ghazal. His ghazals like Shaam Se Aankh Mein, Koi Baat Chalay, Hai Lau Zindagi and countless other instances place him in the league of Mir, Ghalib, Siraj and Jigar.

His Nazms carry a deep sense of socio-political awareness and bring literature to the service of social ends to take stock of human condition. The canvas of his Nazms is witness to his own statement that “There was a time when I thought everything under the sun is a subject for poetry. It took me light years to discover that even above the sun and around it there are worlds more poetic and full of romance”. His poems are a unique blend of romance and revolution. He speaks of issues of utmost seriousness, but in such a subtle language that one is often straddled between the subtlety of form and the depth of content. Let’s take a look at few of his poems which bring home his social sensitivity and his mindfulness to the milieu to which he belongs.

In his poem Rape, he excruciatingly portrays the moral abyss touched by humanity, without sounding like moralistic. Gulzar writes:
Nothing happens as it always does in films
No rains, No winds, nor a forest scene
No moon in the sky to ignite passionate frenzies
No cascading spring, nor the sighs of a rustling river
Nor music in the background to whip up a storm of feelings
Nor was she a seductive goddess drenched in rain
Just a woman, weak, vulnerable
Four men, only because they were men
Pinned her against a wall and raped her.

In his poem Valley of Kashmir, he employs rhetorical polyvalence and says:
How sorrowful is this valley
Someone is choking its life out
It breathes, and yet cannot
Trees grow here as though wondering if they should
For the first to raise its head shall be the first to have it chopped off.

Other poems like Baghdad, Gujarat, New York, and his entire anthology titled Green Poems bear witness to his socio-political and ecological consciousness— a privilege missed by many poets. If poetry is the revelation of being, Gulzar is truly a prophet of existence, who, by virtue of his poetic unravelling, introduces us to ever newer horizons of existence.

Lastly, to his Trivenis or Three Liners, which is an invention of his own, he at once breaks apart from the autotelic approach to art and assumes a didactical role. If his Ghazals remind us of what is, his Trivenis tell us what ought to be. Thus, as one proceeds from his Ghazals to Trivenis, there is a growing note of prescription and a diminishing element of the description. His intermediate Nazms, serving as moderating and mediating, links between the two. For example, in one of his Triveni, he writes:
Come, let’s all wear mirrors
We will only see our faces then
Everyone will appear attractive to the other.

Regarding his poetic techniques, he employs a varied range of similes, metaphors, allegories and parables. He experiments with many fields as diverse as stretching from romanticism to realism and even to the stream of consciousness. This spectrum is well depicted by his poems which bring to their fold— love, life, God, Universe, man and other themes that concern the individual and society.

2021: A Year of ‘Arbitrary’ Detentions in Kashmir

His poetry evokes subtle and ethereal emotions that are at once cathartic as well as purgatory. Sanjukta Sharma notes, “Through his years of writing lyrics and his own books, Gulzar has retained his priority as a poet and lyricist who is concerned primarily with the ability of words to evoke imagery and moods. As actor Naseeruddin Shah, who played the role of Mirza Ghalib in Gulzar’s television series on the Urdu poet, tells Hashmi in her book on Ijaazat, “He writes poetry like doing a painting.”

He spins, by virtue of his poetic artistry, a universe of his own, that is traditional, contemporary as well as futuristic or to use Sanjukta Sharma’s phrase, “Gulzar is eternally contemporary”.

As far as the traditional elements of his poetry are concerned, as stated earlier, he stands as a legitimate heir to the legacy of the rich tradition of Ghazal. His Nazms bear witness to his contemporaneity so much so that he makes existential and civilizational issues that confront us, a subject matter of his poems. Thus we refer back to Aurobindo and Eliot, as quoted in the beginning vis a vis Gulzar’s poetic cosmos. His poetic truth can’t be put in the weighing balance of physicist, nor can theologians bear with his snippets on the human condition. He transcends, in one poetic leap, all the demarcations of life and speaks about it in humanistic spirit. This humanism, which is vivid both in his poems, puts him in the league of Kabir, Tulsidas and Meera Bhai though one may avoid attaching the label of Bhakti Poet to him. He belongs to all schools and all genres of poetry and at the same time transcends them all— for his poetry, in its true essence, is the poetry of man and man is the measure of all things, standing above and transcending everything. Gulzar himself claims:
While composing a line of a poem
When I am able to penetrate the jungle of words
And break off a special meaning
My hands are scratched
And my fingers bruised
But the moment that word is on my tongue
A relish dissolves in my mouth! 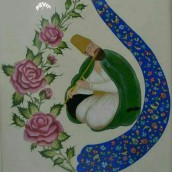 The author is a Srinagar based Columnist, R&D Engineer, and a Comparative Studies scholar.

The Vale of Ashes