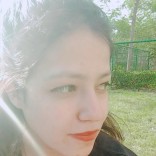 Takbeer Salati is a PhD Research Scholar. Her research is…

The mountains that overhung her called for one word; Home. The water raging against the stones called for the presence of beauty so sublime. The bleating of the goats and the calves felt never this near to her, yet there was anxiety all over the air. She might have been the daughter of mountains for life, but at that moment, she became her own Victor Frankenstein.

By the sixth week, when the Government of India declared an emergency on Covid-19, Salma was struggling with one of her own. Having a pile of research papers to read on, especially to mathematically represent Manto, she decided to take a break amidst the deadlines of various conferences.

Salmaâ€™s days would usually go into the early morning exercise, along with soaking of the fresh sunlight breaking out from the sky. Then the afternoon hour would end in watching random Netflix series, especially spy thrillers. It was in the evening that used to hit the most. The pitch-dark would talk to her as some friend over the WhatsApp would. A mere falling of a steel glass would catch a breath inside her when she would hurriedly go to the kitchen to see if everything was alright.

Sometimes, the pillow cover would get drenched from the tears flowing down from her almond-looking eyes. But that was okay. She had to stay strong; she had been through this before.

The phone also had a mysterious tone to it. Each time it rang, it asked the same question; how are you doing?

Salmaâ€™s mother would also keep her strength throughout, but this time she knew that across the lines both of them were faking it. They pretended they were alright. She wanted to go home, particularly when each of her Instagram followers had put up their cooking stories, reunions, and their family get-together-punch-lines.

What she instead did was to sit back and stare at the wall which would stare back at her.

The talks about the evacuation of the migrants and the students set the news channels ablaze. A lot of them were already bought back. Her only partner in these sad times was Saadat Hasan Manto, whom she reads both for pleasure and work.

Two days later, as Salma finished reading how Manto perceived Free India; a message popped up on her phone. It was a form of her farewell from her loneliness. State Governments were planning to bring back people stranded in the other parts of the country. She went over the form and made some calls, a lot of calls.

She did find a lot of other students and traders from her state, stuck in the same city. In the times of despair, she also happened to make a few friends who are now family, and she thanks them all.

The WhatsApp group-chat, which was formed after eight days of the release of the evacuation forms, lay dead without any action. She felt lost again and, for the millionth time, called her parents and in a low, cranky voice, telling them that the administration is dead; that they just call her for the sake of information and mere talk, without doing anything practical. And her parents would put down the phone in half agony, half despair.

Almost after two weeks of the evacuation-stunt by the government, the mentor of the WhatsApp group whom she calls Professor came up with the idea of arranging her vehicle with an authentic government pass as the security check was very important. Had she known Professor earlier in her life, this would not have taken this much time.

Finally, the day had come. Salma had to vacate the place which was growing old with her. With a relaxed face and a heavy heart, she bid farewell to the place but also thanked it for being there. So many people lay on floors, under open skies. Salma felt fortunate; she had a 2BHK just for herself.

. Everybody, who was registered in the group, came along with few items of luggage which were generally the most important things at the time. That day of the hopes, of the beginning of the journey; this was so very close to each one of them.

They travelled like a family, unaware of what held them together in the future. But certain of one thing; they were headed to a place called â€˜Homeâ€™.

Three days of continuous travel, headlights, road bumps, and infinite conversations with strangers, she had never dreamt of meeting in the otherwise situation; completely indescribable blissful moments. Being a fan of the recent Netflix hit Money Heist, she imagined each of them playing roles of the characters in the series. The only difference was that they didnâ€™t loot a bank in Spain; they looted the hearts of so many who had just wished to return home.

While some of them played the new video games, munching on Haldirams and sweet Agra kaypethas, Salma would engage with a man in his mid-30â€™s: the Professor. He was showing his PhD thesis around, which he had proudly written many years ago. She would smell the sweat and the run-down dreams of so many people to whom he was returning now. Professor was tall, with firm shoulders and strength to count on.

Salma was whispering her ennui, when the youngest traveller of their group, who reminded her of Berlin (from Money Heist) because of the passion he had for travelling, became her escape for quite a time. And along with them travelled a storyteller, a madwoman; wanting to go back and create a monster in her own house. Professor planned to stop for a while at Punjab Highway for a meal after three days. It felt like Srinagar had shrunken on this highway.

At a particular hour of the evening, the phones rang, a bit concerned: How are you and where are you? said the other voices. Time was growing longer for all.

It was well said by Mary Shelly in Frankenstein, the monster is ugly and sensitive and emotional. After a deep sound sleep, Salma woke up to a loud noise similar toa crash. The bleating of the goats was very clear as if very near. The cloistered serenity of the waterfall gave her an unwanted push to rise and shine. She was surprised that she had slept for three hours undisturbed and woken up in nature on the lapse of the mountains, on Jammu-Kashmir highway which is always a monstrous halfway to home.

She was least looking at the condition of the highway, which is always a question to the ones who are the regular travellers, and pondering more over the things she had done – things she would never have imagined otherwise in a normal situation, but what is life if not taking risks. She was worried about the sulking voice of her mother over the phone and her own which was on the verge of breaking down, and by the time it did, she had to return to her home.

Walking through the curvy roads, just to release oneself from the pressure of events was an adventure itself. Being a woman on a journey such as that, was in itself a challenge.

Salma would later remember how her stomach called out for food and she bought watermelons and grapes from the trucks that were stranded along with them. Not from the ordinary shop, but from the trucks which were also longing to go back to their homes.

After reading to herself the echolalia speech from a famous short story of Manto; Toba Tek Singh â€˜Upar di gurgur di annexe di bedhiyana di moong di daal of di Pakistan and Hindustan of di durrphiteymunâ€™.(The inattention of the annexe of the rumbling upstairs of the dal of moong of the Pakistan and India of going to bloody Hell). Nature was at its best, but also the most vulnerable. In the evening when it would become dark, the trees would talk to each other gossiping about humans. Such a loss to humans, she would echo. It was in utter darkness when she felt vulnerable.

Salma would sigh off her anxieties, curl around the seat of the government buses, and think of how her mother would have prepared a bed for her. She was a Frankenstein in her world. She wouldnâ€™t care jumping off the Alps or traversing the glaciers, had she but the permission or a pass to do so.

She would imagine trekking like those foreign hippies wearing brown hats which would save them from the scorching heat. But at that time, it felt like the best and the worst of the times. She relived Dickens through the sighs and sorrows that dozens of travellers felt at that time.

When dawn broke, they were still stuck but the news was spreading like a hyped rumour that the journey would take off again soon. As they freshened up again in the middle of natural smells, Salma could feel that she was back home; sipping the noon-chai along with the worldâ€™s most moist bread that her mother would make. Her home; Kashmir, like in the proverb of the famous poet:

Salma would have given her blood and sweat to a place like this had there been peace prevailing. She learnt that this travel knew no bounds of separation but only love. Everyone was for each other, helping like their own family, learning the essence of humanity for one more time.

After having spent eight days in the quarantine hotel, she had no idea about the route from the hotel to her house. She was in a trance. It was only when her mother woke her up the next morning that she realized she had killed her Frankenstein, the wild being in her body.

She had taken rebirth as the daughter of the mountains, and wasnâ€™t afraid of the dark anymore.

(This Short Story appeared in the October 2020 print issue of the Mountain Ink.) 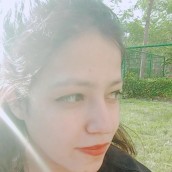 Takbeer Salati is a PhD Research Scholar. Her research is based on Manto and his representation in Mathematical Literature.